We are a Fumigating Companies in Kansas City Based in Lawson, MO; ZipZap Termite & Pest Control has seasoned technicians and pest control, professionals. Rely on us to always exert our best efforts to continually provide you with excellent service. We continuously train to stay ahead of the latest and greatest pest management solutions and trends. Our company does this with a semi-monthly meeting with our Board Certified Entomologist. If you are looking for Fumigating Companies in Kansas City, we are your answer 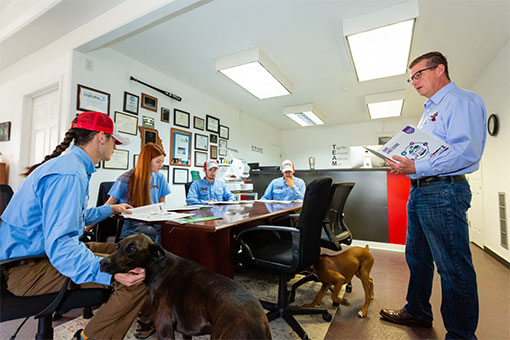 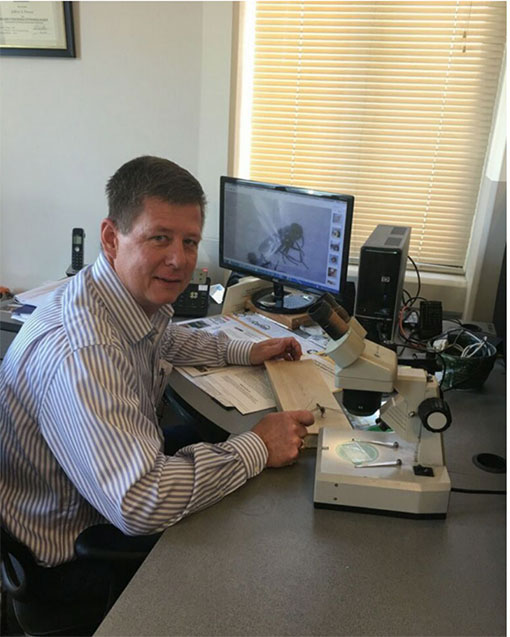 Our founder and technical director, Jeff Preece, is a board-certified entomologist. He's registered with the Entomological Society of America. He has maintained his board certification since 2005. He works diligently to keep himself qualified in serving his clients. This is evident in the 125 hours of coursework he must take every three years to become re-certified. Jeff is a second-generation pest management professional. He started working with his father in the pest control industry in 1985. "My dad taught me to stay educated in pest control and take care of your customer." He was the inspiration for me, starting ZipZap in Kansas City.

Why Choose ZipZap as your Exterminator

We are a family-owned business with three third-generation pest management experts serving as part of our staff. For many years in the industry, we have strived to consistently provide you with unmatched service.

Our women-owned pest management company team is dedicated to accommodating our clients and ensuring all their needs are being met. Also, ZipZap has received prestigious awards from The National Pest Management Association, Pest Control Technology Magazine, and Syngenta for our excellent customer service.

We employ experienced and diligent pest management professionals to provide you with the best pest solutions for your home or business. Our owners always make sure that your property will be free of bed bugs, termites, and other unwanted pests when you work with us. All of our employees are Commercial Certified Applicators registered with the Department of Ag in Missouri and Kansas.

Former President of the Board-Certified Entomologists of Mid-America

In March of 2012, Jeffery Preece, board-certified entomologist (BCE) and owner of ZipZap Termite & Pest Control, was elected president of the Board-Certified Entomologists of Mid-America (BCEMA). Now referred to as CEMA, Certified Entomologist of Mid America. CEMA is a group of entomologists (experts on insects) that upholds the highest standards for urban and agricultural pest management education and development.

After completing his two-year term as president of CEMA, Preece focused his time and attention on carrying out the duties of a board member while also running ZipZap Termite & Pest Control in Kansas City, Missouri.

Due to the recent resurgence of bedbugs, Preece has been working with his CEMA committee members on ways to combat these blood-sucking insects. Hotel bedbug treatments in Kansas City have increased over the past few years, and ZipZap Termite & Pest Control has been a leader in keeping these pests out of local hotels. ZipZap Termite & Pest Control also treats properties for termites, brown recluse spiders, cockroaches, ants, and silverfish. This pest management company is second to none with the expertise they provide to the people of Kansas City.

In addition to combatting bed bugs, Preece has been instrumental in developing a process to help pest management professionals across Missouri gain their accreditation as associate certified entomologists (ACE).

He has been a leading advocate in ensuring pest companies, owners, and technicians are aware of and have access to the program. “This program will allow pest management professionals to increase their knowledge, which will benefit the consumer,” says Preece.

We Belong to Many Organizations

Zip Zap Termite & Pest Control is QualityPro Certified, the mark of excellence in pest management. QualityPro is an initiative of the National Pest Management Association to encourage professionalism and recognize excellence in the industry. As a QualityPro Certified Company, Zip Zap Termite & Pest Control has placed itself in the nation's top echelon of pest management companies.

Less than 3% of pest control companies in America have earned this prestigious designation. QualityPro Certified companies voluntarily ascribe to qualifications that go above and beyond any state or federal requirements. 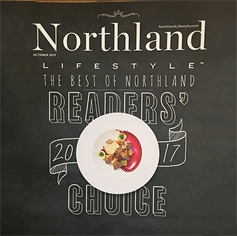 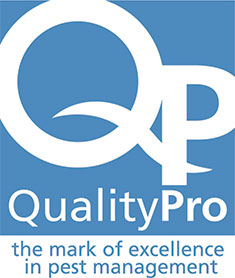 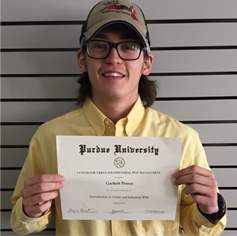 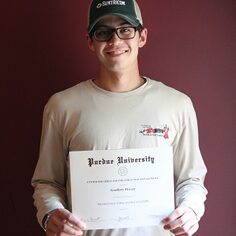 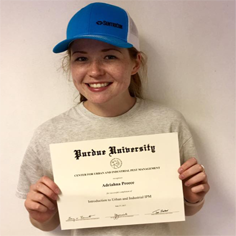 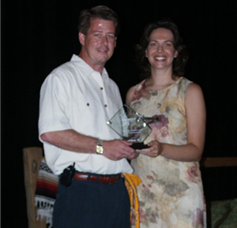 Phoenix, Arizona – PCT Magazine and Syngenta Professional Products announced the winners of the first-ever Best-In-Class Customer Service Awards at the NPMA Academy on Friday, July 22, 2005. PCT Editor Jodi Dorsch presented this award to Jeffery Preece. ZipZap Termite & Pest Control is recognized for its outstanding dedication to customers and its commitment to the pest control industry.

How to Prepare Your Home for Bed Bug Treatment

Are you having a bed bug problem? This video will tell you what to do before we come out and use our Heat Treatment to eradicate those pests! To help you prepare for our visit, we will send you a checklist for the successful extermination of your home, apartment, loft, or office space.

ZipZap Termite & Pest Control is a leader in Heat Treatment for bed bugs in the Kansas City area. We are bed bug certified and have an in-house board-certified entomologist. We are also a Fumigating Companies in Kansas City and can fumigate if heat is not an option. No home is exempt from being infested by bed bugs. We understand the frustration this problem causes. Let ZipZap be part of the solution.

As a certified Sentricon-authorized operator, we can take care of your termite control needs in Kansas City. The Sentricon Termite Colony Elimination System is a bait option we provide for the complete eradication of termites from your home or business. A Sentricon method is a Green approach to exterminating these pests and is the only way to go if you want to use bait for termites here in Kansas City.

Bed bugs, once nearly eradicated as a common pest in the United States, are reappearing in record numbers across the country and around the world. They are showing up where people live and work. The best defense against these pests is to know a little about them—what they look like, where they hide, how they spread, and how to get rid of them with Whole Home Fumigation.

The owner Jeff is a Board Certified Entomologist, that is how I found him originally. My 2 yr old daughter had been bitten overnight in her bed twice in a one week period. After the second episode, I stayed up late the next night checking her bed every 15 minutes. I thought I was looking for bed bugs. I caught a critter in her bed and stored it alive in a plastic container. I didn't know what I had and I was frantic to find out what it was.

I searched the internet and called around the next day until I found an extermination company in the KC area that had an entomologist. After speaking with Jeff, I drove to the company's location in north Kansas City and dropped off the specimen. He called me later that day to inform me that it was a flea, specifically a cat flea. Three days later, when they came out to treat my house, I was surprised to find that it was Jeff that was doing the actual extermination. He said he doesn't always do the service, but he thought I might have a lot of questions. He was right. I asked a lot of questions which he answered very patiently.

The service of treating took less time than all the questions I asked. I have two children under the age of three, so I was very concerned about the chemicals he was using, their efficacy and potential harm to children (minimal). Since I have no animals/pets, I wondered how the flea(s) had gotten into our house (likely hitched a ride, squirrels and other animals carry the cat flea).

Jeff explained the process thoroughly – how to prepare the house for treatment, ways to control flea populations, he explained the entire lifecycle of the flea and how they would eradicate it from inside the house and what he would do on the outside to minimize the chance of fleas returning. Their spray treatment kills fleas at 2 of their 4 lifecycle stages. Jeff said that because of this, we may see a brief re-emergence of the fleas at anywhere from 7 to 19 days after application, but the newly emerging fleas would be killed by the treatment for up to 30 days. It's day 22 & no re-emergence. Jeff & Zipzap did a great job for us!